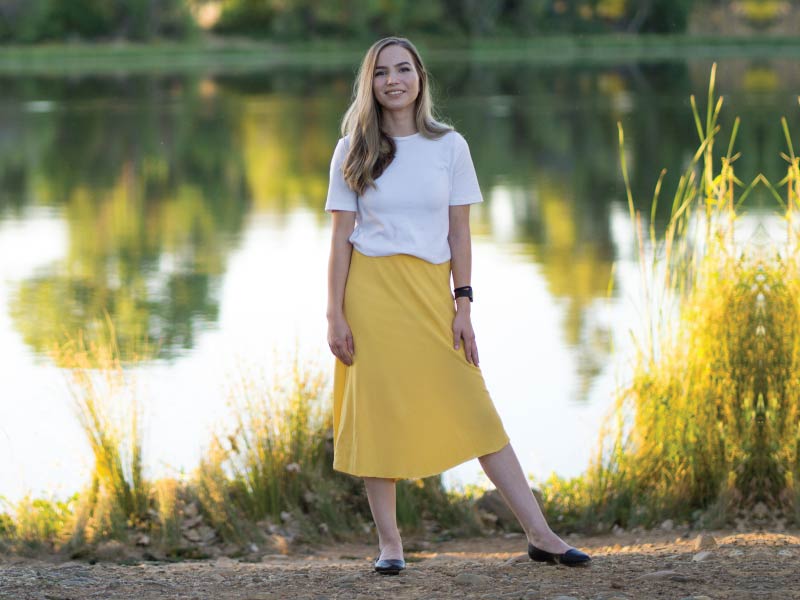 What is the bias-cut skirt ? Cutting on the bias just refers to how the fabric is cut on the diagonal (or bias) – rather than parallel to the weave – to create clothing that curves, hugs and drapes more elegantly than a straight-cut piece of cloth. In a skirt – just like our new and gorgeous Taryn – the net result is that your rear end looks a lot sexier and shapelier (if that is even possible as we are all gorgeous !!! ), your waist more accentuated and your legs a little longer. 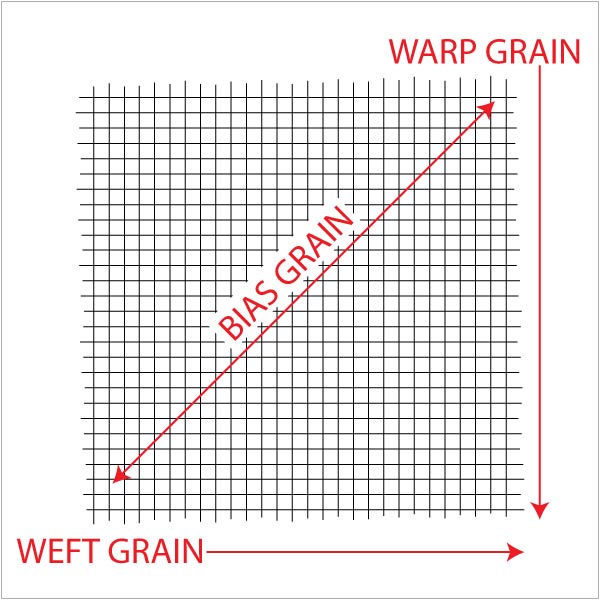 Bias cut means to ‘be cut on the bias grain’. The above pic details the position of the grain lines in fabric. The warp grain runs down the length of the fabric and the weft grain runs across the width of the fabric.

Rather than following the straight line of the weave, the bias cut places the pattern at a 45° angle on the woven fabric.

At this angle, the ‘warp’ and ‘weft’ threads give the fabric more of an elastic ‘stretch.’

The bias cut is popular for accentuating body-lines and creating more fluid curves or soft drapes. It was championed in the 1920s by Madeleine Vionnet and later became one of John Galliano’s signature style. 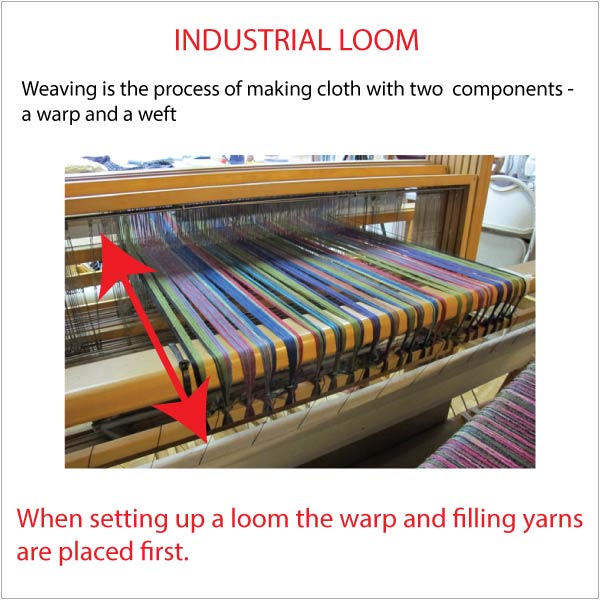 When an loom is set up to weave fabric/textiles the warp threads (and fillers) are done first. The warp threads are the strongest part of the fabric and we know them as the STRAIGHT GRAIN or WARP. 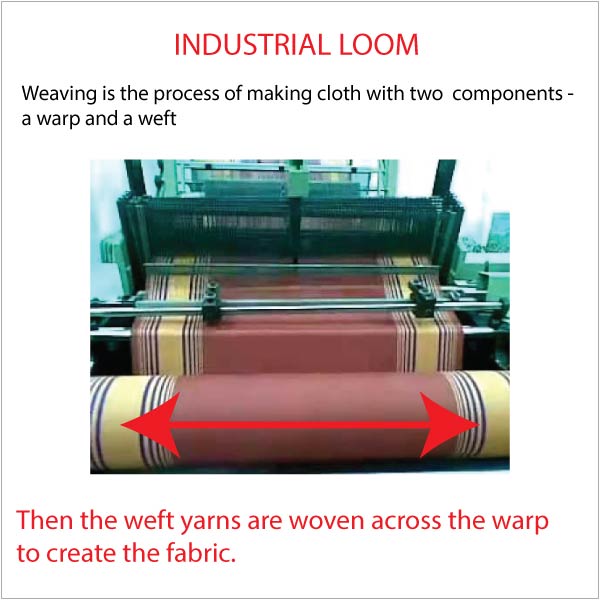 Once the warp is completed the loom then starts to weave the fabric using a shuttle with its weft threads wound on. – going across left to right – right to left and so on.
We know this as CROSS GRAIN or WEFT.

CUTTING ON THE BIAS 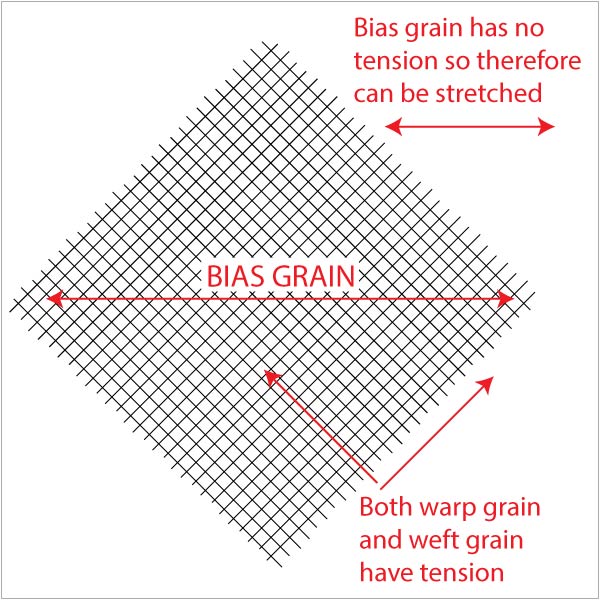 When garments are cut on the “bias” the garment has more fluidity – and the fabric is able to “stretch” – giving the garment the ability to flow effortlessly down the figure. Because there is no grain tension on the fabric – as detailed in the above image – the fabulous beauty of the bias cut is the increased elasticity and flexibility of the finished garment. Visually it creates superior drape and swoosh and an amazing ease of movement. 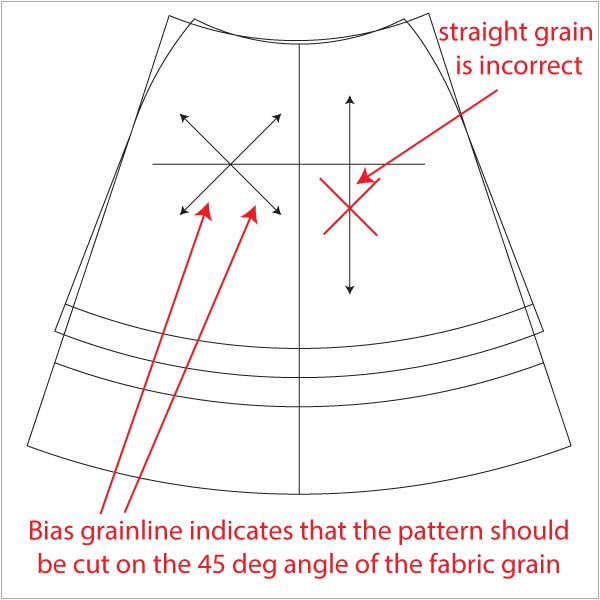 The above image is the Back of the Taryn Bias Cut Skirt pattern piece. The grain lines are positioned so they are at an 45deg angle when compared to the STRAIGHT OF GRAIN. 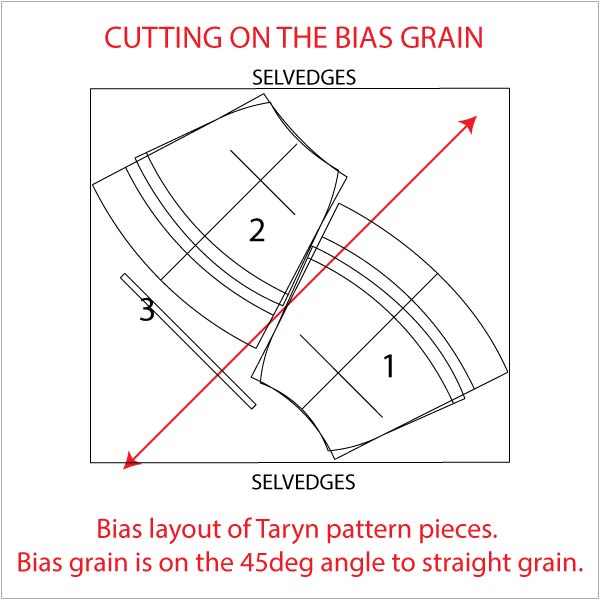 And this is both the front and back of the Taryn Bias Cut Skirt pattern positioned on the fabric. The pattern pieces are not positioned parallel to the straight or cross grain of the fabric, but at a 45 degree angle. 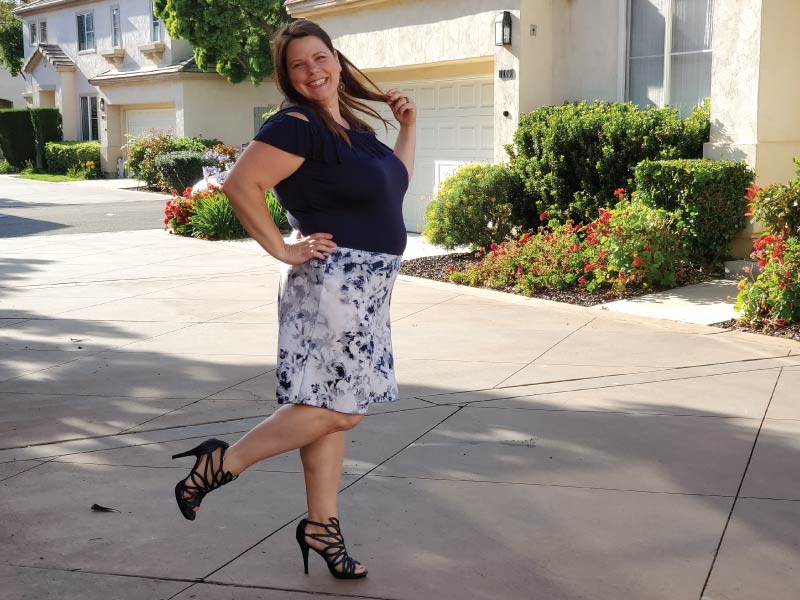 Bias-cut items can create a unique type of structure that clings to the body with ease and fluidity. It’s not the same effect as spandex that grabs onto the contour of the body, showcasing lumps and bumps because there is no ease.

Bias-cut items can also create a controlled volume that collapses back onto the body with flouncing grace. The hems of bias cuts flutter in a subtle or exaggerated way that looks soft, pretty, and interesting.

Love to you all. xx
Ann at Designer Stitch

This site uses Akismet to reduce spam. Learn how your comment data is processed.